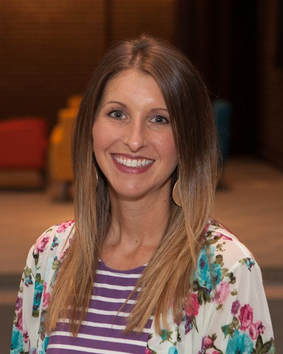 ​Tamra Norman joined the FBLR team in 2016 with hopes of raising awareness for the need of an Orphan Ministry.  During this time, God continually opened the door for a more active role in other ministries, and in 2017 she began to lead the Discipleship and Outreach efforts within the church.  Tamra graduated from the University of Arkansas (Go Hogs!) in 2004 where she met her best friend, J. O. Norman.  The two later married and now have a house full with 5 kids, and 2 dogs.  Tamra earned her undergraduate in Communications and received her Masters in the Arts of Education from the University of Central Arkansas.  She is currently enrolled in Seminary from Dallas Theological Seminary with a plan to graduate with a Masters in Apologetics and Evangelism.  Tamra is passionate about helping people find their place within the church.  She believes people really begin to flourish within a community of believers when they don't just attend the Church, but they become the Church.  In the small amount of free time she and J. O. have, they enjoy traveling or just sitting in a quiet room.

Tamra can be reached here!
©
Proudly powered by Weebly