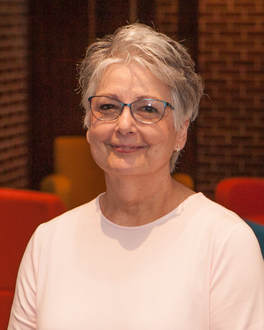 Janet Osborne has been a member of FBLR since 1985 and on staff since 2010.  Little Rock has always been home, but as a child her family lived many places, including Dallas, where she met and married Jim in 1974.  They have four grown children and nine grandchildren.  Janet has a degree in Economics from SMU and went on to work for the Bell System after graduating until she left to stay home and raise kids.  In 2005, Janet re-entered the workforce and later came on board at FBLR.  Janet loves the First family and feels very blessed to be able to serve the Lord by serving them.

​Janet can be reached here!
©
Proudly powered by Weebly